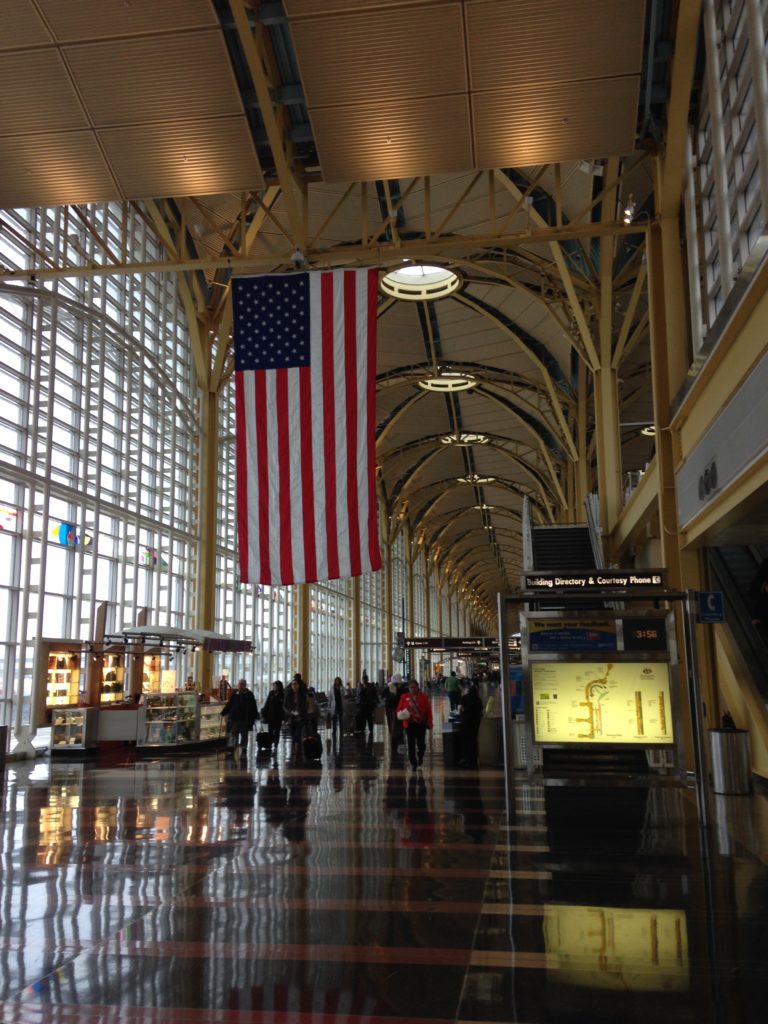 Reagan National Airport, also known simply as Reagan, is smack dab in the middle of where you want to be. Dulles is further West and BWI is further north. If you’re planning on staying withing DC, Alexandria, or Arlington, this is your best option. There’s a Metro stop in the airport and there are Ubers and taxis galore. If you look at a map and think that it’s not a big deal to fly to Dulles or BWI and just drive to Downtown DC or Arlington, beware! Those few miles may not look like a lot on your Maps App, but it’ll take you an hour or so to make the trip. Washington DC traffic is a nightmare at all hours of the day and night. You never know what you could encounter. At least flying into Reagan puts you close to where you want to be.

Reagan was built in 1941 and it shows. Not in a bad way but in a cool, retro, golden age of American kind of way. The architecture is cool. Still, it doesn’t have what you would expect in a large airport. It’s not a large international airport, it’s a national airport. Seating is plentiful, but there isn’t much post security. I did see a Starbucks, but it was outside of security. Also, you can’t go from terminal to terminal without exiting security (which is always annoying). I visited the Admirals Lounge, which was small but had a view of the Washington Monument.

There are some interesting places to eat but best of all were the shops. Usually, all airport shops sell generic items that are the same from city to city. Instead of a pink hoodie saying “North Carolina” it’ll be a pink hoodie saying “Florida”. Get it? At Reagan, the shops sell DC type merchandise. Republican hoodies, Democrat t-shirts, Washington Monument stickers, White House magnets, things like that. You won’t find items like these in your average airport.

There are a few things I look for in airports. Accessibility to corresponding city, ease of transport within the airport, comfort (seating/plugs/shopping), food, and the wildcard. The wildcard is something unique that helps or hurts the airport.

The Reagan National Airport receives a grade of 9 out of 10.

There aren’t many more areas for improvement for this airport. This airport is right in the city that you’re visiting, it has a stop for the Metro, and it’s beautiful. The Wild Card….. the shops. Where else could you buy politically oriented gifts at an airport? What more could you ask for?