The last few days I’ve been going through the struggle of eating Paleo, on limited time, with limited work. I’ve been winning this battle. How you ask? I’ve been winning at Paleo because of George Foreman. Actually, because of the George Foreman grill. I’m going to show you how to make an American (Awesome) Paleo meals on the George Foreman grill. These are simple meals that aren’t too complicated. If you’re adventurous, then I encourage you to try some Middle Eastern food, you can learn how to make Paleo Cuisine with a Middle Eastern twist at Priscilla’s website.com 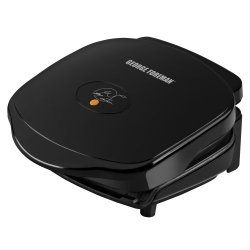 Think about it, $18 for a grill on amazon.com can’t beat it. The picture above is the exact one that I have. Click on the picture for details on amazon. The only thing I would suggest is to possibly upgrade to a larger George Foreman grill, like this one.

Ok, let’s start cooking. Below is the list of ingredients you’ll need to have ready in order to prepare this dish.

Chop up the veggies and the sweet potato. Put them in a bowl with some grapeseed oil and sea salt. Swivel them around in the bowl (is that the right word??). 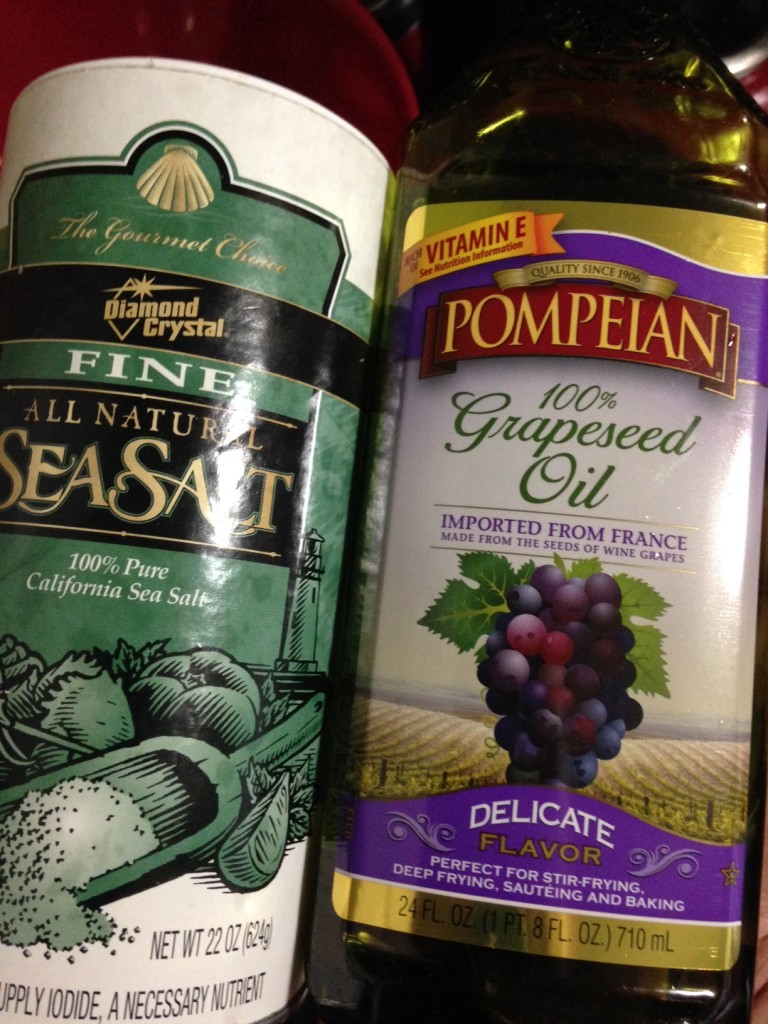 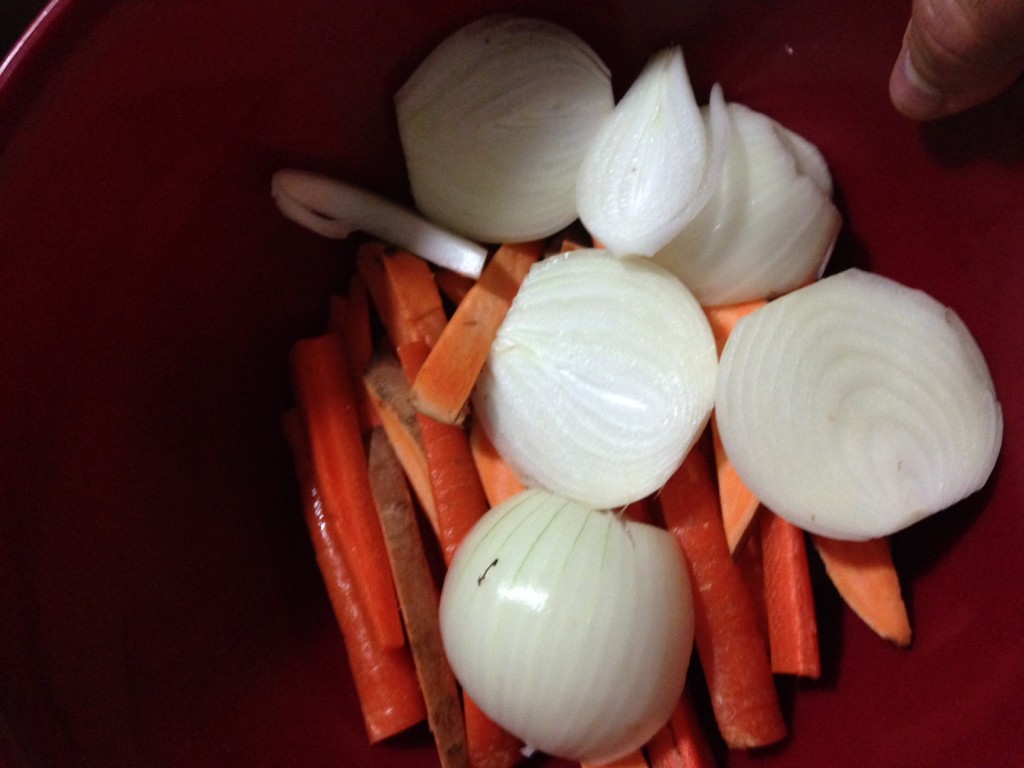 Step 2 – Grab the Paleo George Foreman grill and get to grilling!

Plug in the grill and start placing the veggies and sweet potato on it. Grill to your liking. 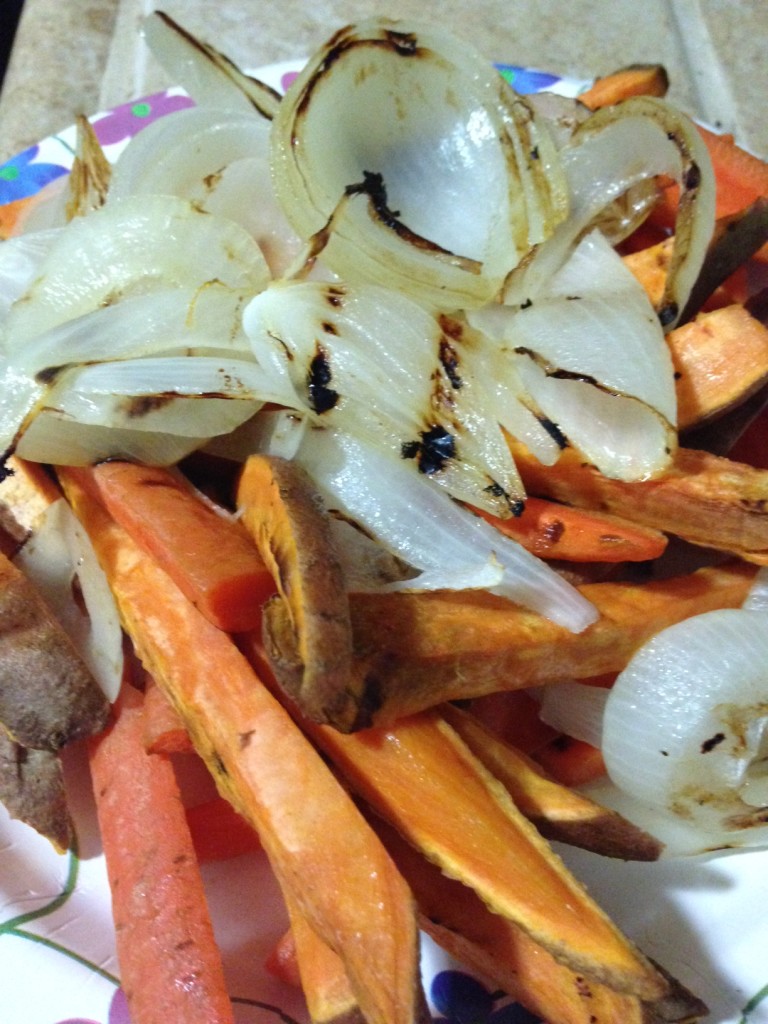 This is the step that frustrated me the most. It took so much time to grill everything, that I wish I had the bigger George Foreman. On the other hand, I probably could have stir fried the veggies while I grilled the chicken and baked the sweet potato. Although that’s probably too much multi-tasking for me!

Put the chicken breasts (that are already defrosted) in the bowl with the grapeseed oil, sea salt, and vegetable juice remnants in it. Put some paprika on the chicken and swirl it around.

Place your chicken on the George Foreman grill. 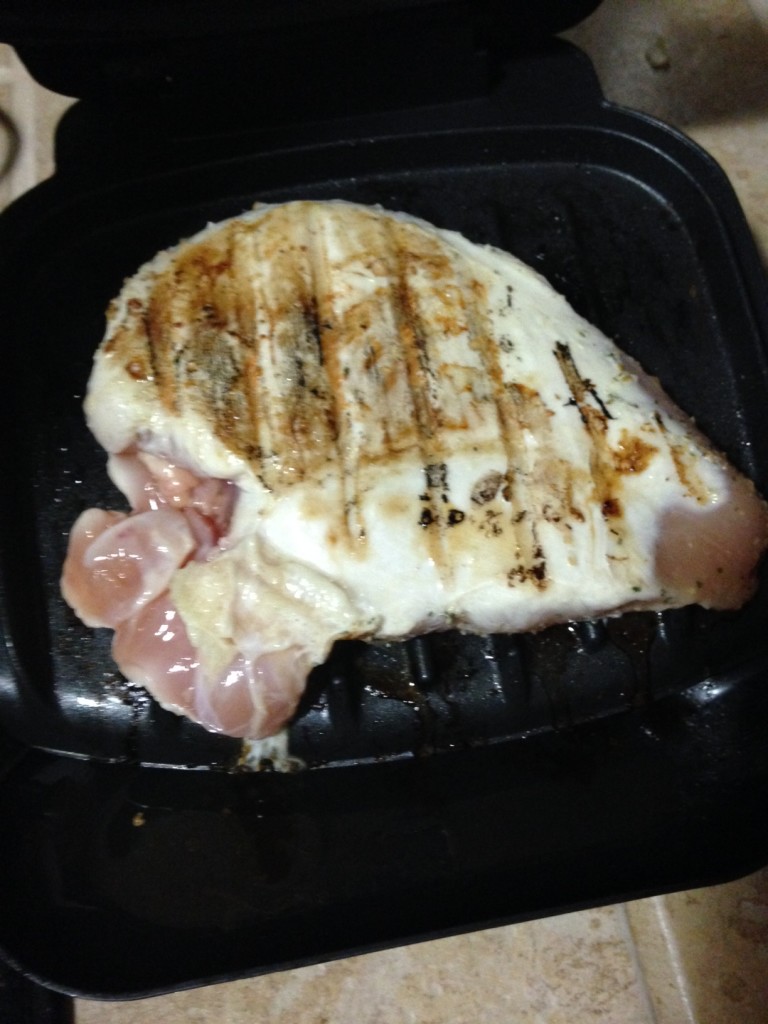 As you can see, only one chicken breast fits at a time. This picture was taken at about the 5 minute mark. Obviously it still needed a few more minutes.

This is the finished product. 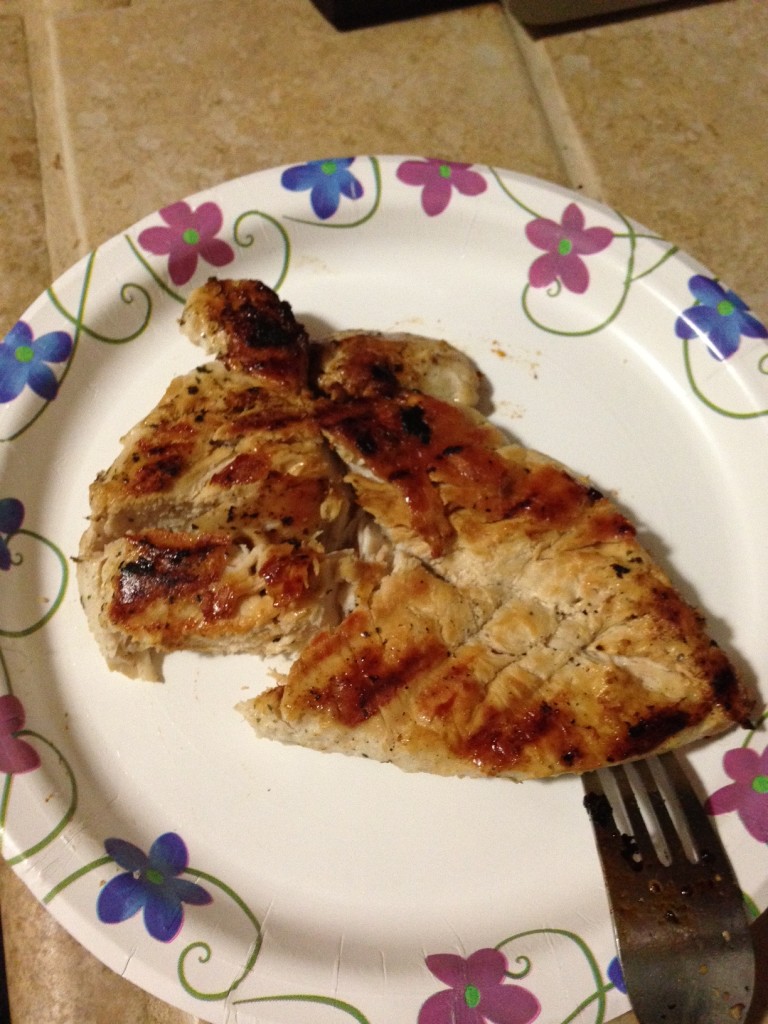