You are here: Home / Church Lessons / How to: Occupy International. Part 1 of 4

The next 4 posts are summarized from a teaching I did at a Missions conference in early 2012. The purpose is to educate people on missions and on the logistics of getting involved, full time. This first post serves as an introduction to the current state of missions. Hope you enjoy! 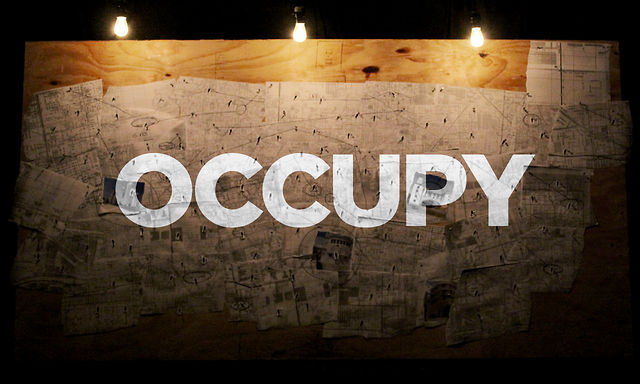 A missionary is someone who crosses borders to preach the Gospel. These borders can be political, cultural, geographical, or societal. These borders are always religious. You can be a minister to the household of faith, but not a missionary.

We are all missionaries! Actually, no, we’re not. Being a Christian does not automatically make you a missionary. Ministry outside of Church is not missions, it’s just normal, everyday life! It’s what you’re supposed to do. We’re supposed to share our faith and serve others. That’s not special, it’s what Christians are supposed to do every day of our lives!

If you’re guilty of telling everyone that they’re missionaries, don’t feel bad, I’m guilty too!

The world has changed. Missions 20 years ago is completely different to what it is now. Globalization and technology has revolutionized the way we communicate with each other, the way we think, and the way many people work. For more information on how this has changed, and will continue to change the Church, see my Predictions for the 2020 Church series.

The US recession has also changed things. As the value of the US Dollar drops, missionaries are having a harder time keeping their budgets. A missionary, who just 5 or 6 years ago lived on $2,000/month in Brazil, now needs double that amount. It’s the same for most countries across the globe.

On the flip side, it’s becoming financially easier for other nations to send missionaries. Guess what, the US is not the largest sender of missionaries per capita anymore, South Korea is, and many people say that Brazil has also surpassed us. This is a great thing for the Kingdom, bad for America. The center of Christianity moved from the Middle East, to Europe, to the US, and now it’s moving on. As Americans, it’s important to remember that we do not have a monopoly on Christianity. We didn’t invent it, we can’t patent it, we don’t own it, and we can’t hog it. Eventually, as we become more lukewarm, we’ll be vomited out and the center will move to another country. That’s OK.

The following 3 areas are the regions I’m most familiar with. This is not meant to be exhaustive, just a summary of my experiences! Keeping in mind that not everyone is a missionary, these missionaries in North America, many of whom are from North America, frequently cross geographical, societal, and cultural lines in order to preach the Gospel.

These guys are legitimate missionaries, they raise support, do outreaches, preach, disciple, everything. They’re the real deal.

YWAM has bases all over the US and these missionaries treat their cities like any other city in the world. To YWAM’ers, there’s no home country, everything is a mission field.

LA, Toronto, Phoenix, NYC, Seattle, Miami, Nashville
These cities are so multi-cultural, that you can reach numerous nations within each one. These are great places to serve at. That’s right, I added Nashville to the list. I was there in 2008 and kept encountering Egyptians everywhere I went!

Latin America has a long history of missionary activity. Many Latin American nations, such as Chile and Peru are actually sending out missionaries. Some of those missionaries are sent to us here in the US!

Brazil, in specific, is booming. They have their own Church culture, Christian musicians, mega-churches, and are sending missionaries out all over the world.

The Middle East is a wide open mission field. There are plenty of opportunities for ministry. It’s intimidating for many people, but it shouldn’t be. Middle Easterners are friendly, and although the culture is very different from ours, it’s a hospitable one.

Here’s the problem, the governments. This means that missionary work there is secretive. Many missionaries engage in business as mission (tent-making), travel there with special permission, or keep it short term. Missionaries there are few and far between. This means that there must be unity with the few number of believers there. There’s no luxury of splitting along Church tribal lines. If someone’s a believer, you work with them. I think that’s a lesson that American Churches still haven’t learned.