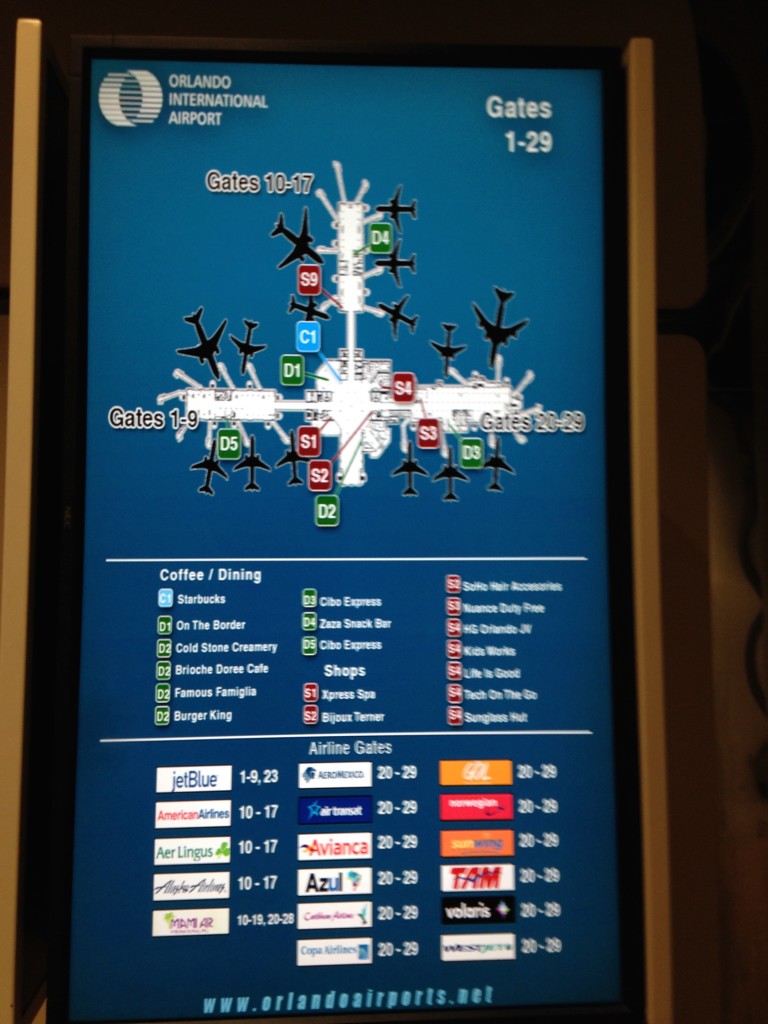 Going to Disney anytime soon? Or maybe just visiting central Florida? Where are you flying in to, Orlando? Then you MUST read this…

First thought as I stepped off the plane was how modern and organized the airport is. With plenty of food options and comfortable seating. Would you expect anything else in the land of Disney?

I took the tram to the main airport area and it was night and day. It was chaos. The long lines don’t start at the park, they start in the airport. Hundreds of people were lined up to exit security, then to get their bags, then to get their transportation. It’s a terrible experience.

It took about 30 minutes for our bags to come out and then I looked for the shuttle to  Payless rental car, which was nowhere to be found. I finally accidentally found them. The Payless shuttle was parking in the wrong spot and confusing everybody. Got to Payless only to stand in another line with a rental car agent who furiously tried to up-sell me a different car and then was adamant that I needed to buy their car insurance. Saying that my credit card doesn’t cover me. I’ve been around long enough to know that he was lying, and if I wasn’t out in the middle of nowhere, I would’ve walked away.

From the time I landed to the time I got in my car, it was about 2 hours. I don’t think I’ve ever taken that long to go from plane to car in the United States. It’s crazy, it’s Orlando.

Flying out of Orlando International Airport

I arrived at 4am for a 5am flight, thinking that at that time, I would breeze through and go straight to my gate. I was dropped off at the American Airlines side for my American Airlines flight to Minneapolis. Unfortunately, my flight was being operated by US Airways. Which meant that I had to walk to the other side of the airport.

I checked in and they told me to leave my bag in the corner with the others. No joke. Here’s the picture. 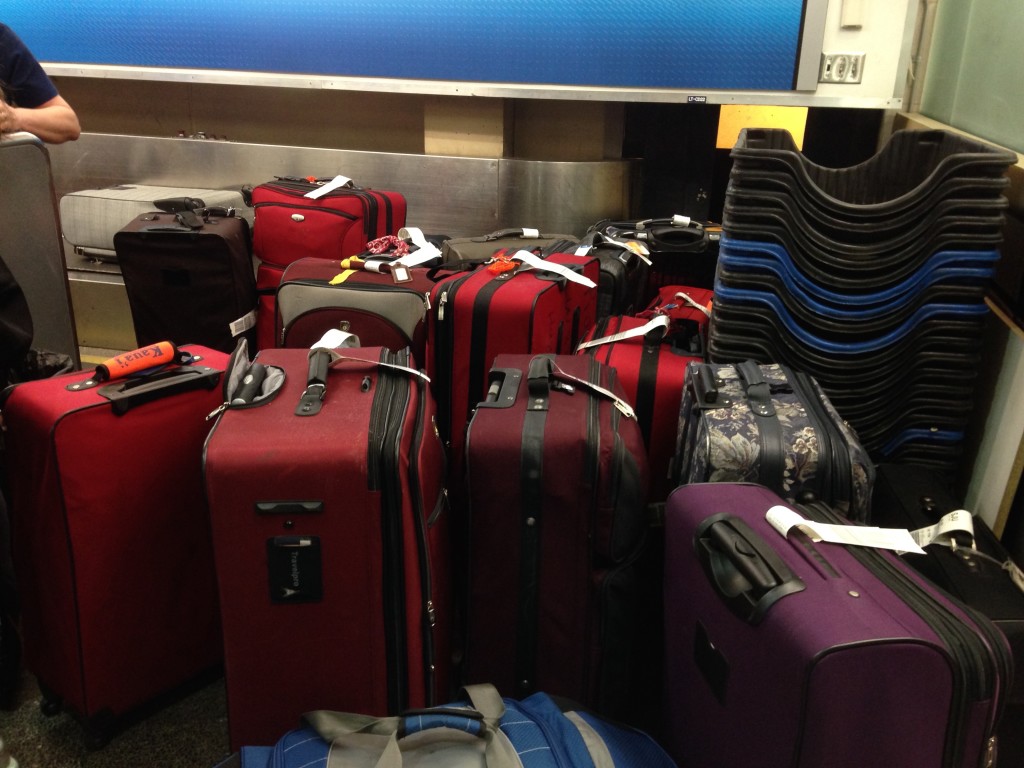 I made my way to TSA Precheck. Went through security and barely made it to my gate in time. I would have loved to visit their Admirals Club, but didn’t have time, or a membership anymore. I will say this, food and coffee are not problems at this airport, even at 4am.

The Orlando International Airport receives a failing grade of 3 out of 10.

Things are too crazy. There’s no order. People are rude. And since all adults expect to have crappy experiences at the theme parks, no one thinks it’s a big deal. It’s easily accessible to the city and has plenty of food, but the transportation issue is just too bad. And the chaos is the wildcard that really brings it down.