You are here: Home / Church Lessons / 3 Things about Pastors and Moral Failings 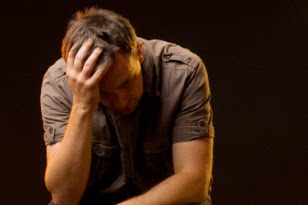 Here are 3 things that pastors think makes them immune to sexual sin, but really doesn’t….

Having a growing, dynamic church, doesn’t mean that God is protecting you. It doesn’t necessarily mean that you’re “successful”. It just means that God sees it fit to have you in the position for a time, and that you’ve probably been faithful to the little in the past.

You have a great church staff. You’ve known some of them a long time and they keep you accountable, right? It’s always great to have people around you that can speak truth and honesty into your life, but it won’t make you immune.

Being married is great, and I highly recommend it, but it still doesn’t make you immune. All of these pastors that my coworker mentioned were married. If you had a problem with sexual sin before being married, then committing to another person doesn’t necessarily change anything.

So what can make you immune?

For the record, I have never experienced anything like what I mentioned. Some of the stories I hear kind of shock me. I just don’t understand how some of these things can happen. In my church experience, the most scandalous thing that happened was having church service in a nightclub. The pastors I’ve interacted with in Latin America, the Middle East, and my coworkers (and bosses) at Calvary have been passionate about preaching the Gospel and serving others. My experience now at Samaritan’s Purse is the same.

I’m not ashamed to say that I’ve been spoiled when it comes to great leadership and great colleagues.