I’ve spent some time working with missionaries and pastors across seas. Some of these missionaries and pastors were local, but many were American. I’ve learned a lot from them, both of what to do and what not to do. There are some awesome American missionaries who are preaching the Gospel and and working hard to represent Jesus well and make this world a better place. On the flip side, there are well meaning American missionaries who are working hard to make this world a terrible place (probably not on purpose). No missionary wants to have their “Americanism” influence other cultures in a negative way, but sometimes they can’t help it! 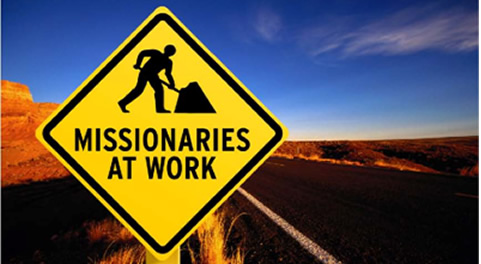 No matter if your missionaries are doing a great job or a terrible job, here are 13 American Stereotypes that will help you understand them!

Americans don’t believe in fate. Everyone should have control over whatever environment they happen to be in. Bad luck doesn’t exist. Instead of bad luck, it’s only laziness and unwillingness to take responsibility in pursuing a better life that can cause your downfall.

In the American mind, change leads to development, improvement, and progress. Although many cultures value stability, continuity, and tradition, all of these are considered bad in America.

Time is of utmost importance to Americans. It’s something to be on, kept, filled, saved, used, spent, wasted, lost, gained, planned, given, even killed. Americans are more concerned with getting things accomplished on time than with anything else. Time is even valued more than developing relationships.

Americans believe all people are created equal. It cuts both ways. Everyone is treated normal, from the privileged to the underprivileged. This also means that everyone, no matter what, has equal opportunity.

Americans are highly individualistic. They don’t like to be placed in a group. Working for your benefit makes perfect sense. Working for the benefit of a large family, not so much.

Americans take credit only for what they accomplish as individuals. In the English language, there are more than 100 composite words with “self” as the prefix. The equivalent of these words cannot be found in most other languages.

Competition brings out the best in any individual and in any system. No matter what.

The future is always bright. It doesn’t matter if the present is pretty good, forget about that, next year is going to be awesome.

“Don’t just stand there, do something!” says the typical American. This no nonsense attitude has created the most productive nation on Earth. It has also created a class of workaholics who are willing to sacrifice health, happiness, and family in the pursuit of busyness.

What does an American call his boss? Probably by his first name. In most countries around the world, only Mr. or Mrs. would be appropriate.

To Americans, anything other than directness is considered dishonest and insincere. Anyone who uses an intermediary to deliver a message would be considered and manipulative, untrustworthy, or weak. If you’re from a country where saving face is important, be assured that Americans are not trying to make you lose face with their directness.

Americans have a reputation for being realistic, practical, and efficient. Will it make money? What will I gain? Is it logical? Are all American questions. Will it be enjoyable? Will it make people happy? Are questions that much of the world asks.

Foreigners generally consider Americans much more materialistic than Americans are likely to consider themselves. Cars are kept for a few years, houses a little more, and material objects are easily thrown out and replaced. No big deal, it’s just the reward for all of our hard work, right?

Are these 13 stereotypes correct?